Young Female Tech Geniuses Under The Age Of 35 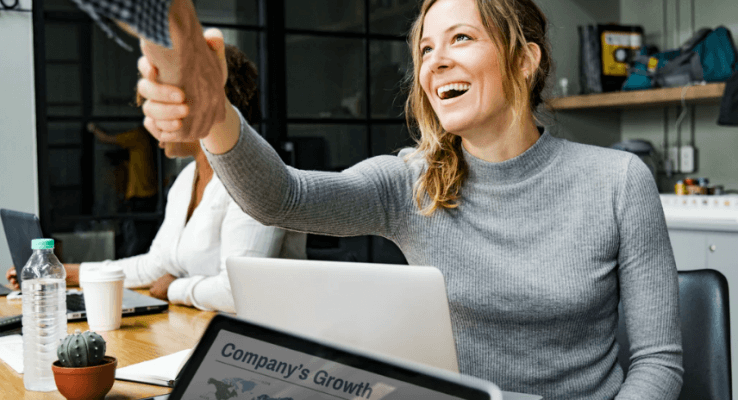 Young technology founders seem to be springing up at every turn. The companies started by these young geniuses are now at the forefront of the social media and digital world. Technology is no longer a world reserved for geeks, it is here where the elite play, surrounded by unprecedented levels of money and power.

The founders of Facebook, Instagram, and Spotify are all technological masterminds under the age of 30, but along side those well-known names sits an equally accomplished battalion of young female tech gurus.

Meet some of the most powerful female tech giants under 30 who have risen to fame in the last ten years:

Melanie Perkins was just 25 years old when she started Canva in 2013. Canva is an inexpensive design tool that was created to allow just about anyone the ability to design.

Companies can also use Canva to create brand assets and indeed top performers, like Lonely Planet and Yelp, have used the platform to do exactly that. The online platform has users in 179 different countries with a database of 8 million people. The company is currently valued at US$3.2 billion.

31-year-old Whitney Wolfe Herd cofounded the popular dating app Tinder was largely responsible for the marketing success of the company.

She is also responsible for founding Bumble, another dating app that is especially focussed on women, with female users only being able to initiate contact. The company is currently valued at US$3 billion.

Steph Korey (33) and Jen Rubio (32), started Away, a high-end travel gear start-up. The two met during their time at Warby Parker, an American glasses retailer, where Korey ran the supply chain and Rubio worked as the head of social media.

When the duo launched the company in 2017, they managed to find great betting offers and raise an impressive $31 million, setting themselves up as one of the biggest seed financed female-backed start-ups. Today the company is valued at around US$1.4 billion.

35-year-old Emily Weiss is the brains behind Glossier, an accessible and affordable line of beauty products, that is valued at around US$1.2 billion. Weiss started the brand as a beauty blog while she was still working as a fashion assistant at Vogue and W Magazine.

Weiss managed to develop a cult following, achieving almost 10 million-page views a month and soon recognised a gap in the market for useful, pretty but inexpensive beauty products.

Rachel Romer Carlson and Brittany Stich, both 31, started Guild Education in 2015 when they were just 26. The company, which is now valued at $1 billion, offers accredited programs and degrees from top schools to working adults.