The Most Common Reasons A Computer Will Fail To Boot

Why A Home Computer Won’t Start Up

It’s one of the oldest problems in the computer world: the user presses the on button, but nothing happens. Maybe the lights will come on and the computer will even beep, but nothing is shown on the screen. It can be a frustrating problem that can lead to a loss of productivity or keep a user from enjoying a few hours of video games.

Without any RAM available, a computer may not be able to start at all, even if there is power coming to the rest of the components. The easiest way to fix this issue is by taking out the RAM and seating it into its slot. It’s always a good idea to have at least two sticks of the same RAM in the motherboard in order to see some performance gains.

A far more common problem than most people realise and is usually caused from a lack of knowledge on the builder’s part, or as a simple oversight when putting the computer together. All the components will need an adequate supply of power to work properly, and without the right wattage, a component may fail to start at all.

This tends to happen the most frequently with graphics cards, often because new graphics cards sometimes need more power than anything else that’s attached to the board. It’s a good idea to take the side panel of the computer off and double check that everything has been plugged in and is receiving enough power from the power supply unit.

The CPU is another component that’s often overlooked, but without a running CPU, the computer will simply not work.

It might be that the computer is booting up correctly, but the information is not being sent out to the monitor, which might be that the cord is not plugged in, stopping the user from logging in and getting to the email, video game, or real money blackjack they’ve been waiting for.

It’s far more likely, however, that the cord hasn’t been pushed in far enough, or is sitting loosely. This is less of a problem with monitors that make use of the HDMI slot, but it can still happen every now and again. 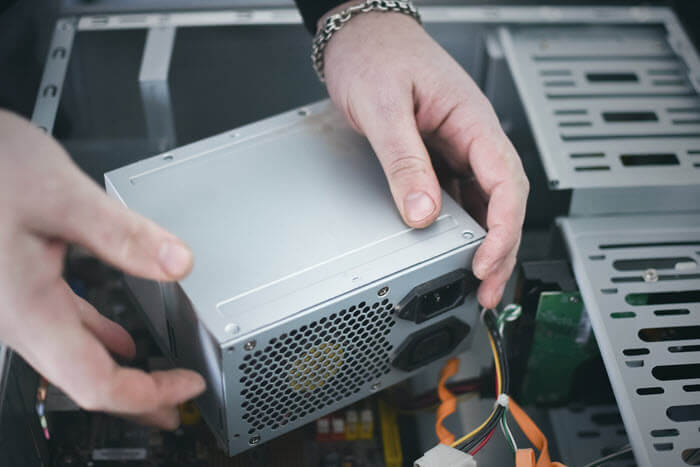 While it’s not something that any computer user wants, it’s still more than possible that the power supply unit is not providing enough electricity.