The Top Three Tools For Staying As Private As Possible

The internet is one of the greatest inventions of modern age, alongside electricity, refrigeration, and indoor plumbing. The online world has given us access to all of the accumulate knowledge of the human race, and it’s become easier than ever to access the internet thanks to its ever-growing reach and convenience.

Big tech companies have been long at work making the internet more convenient for us, but this has also meant constant breaches of privacy, where even our private messages are scanned in order to personalise ads. For those that want to be as anonymous as humanly possible as they use the internet, these are the best tools available right now.

Firefox is considered by most experts to the best internet browser around when it comes to privacy. Downloaded as a standard browser, it has plenty of ways of keeping its users safe, but when tweaked and hardened, and with the right extensions, it can render a user virtually invisible to the rest of the internet. Firefox is endlessly customisable, and there are helpful guides online that can help a user change every necessary setting to make Firefox the perfect browsing tool. Be careful not to add too many extensions to Firefox, as this can open up the browser to fingerprinting, a practice that’s becoming more common by tech companies to identify specific browsers.

Linux comes in hundreds of varieties, each offering something different. Kali OS, for example, is perfect for those that want to become security experts, offering tools like penetration testing for free. When it comes to privacy, however, there are few operating systems that can quite match Tails. Built on top of Ubuntu, Tails is designed to keep a user completely anonymous by making use of the Tor network. Tails is also available as a USB thumb drive install, meaning that the user can plug it into any computer that make use of the operating system without any long-term persistent data left behind. It’s such a powerful tool that it can be used by journalists, for example, who want to send or receive data in countries where it’s illegal. Tails is free to download and use for everyone. 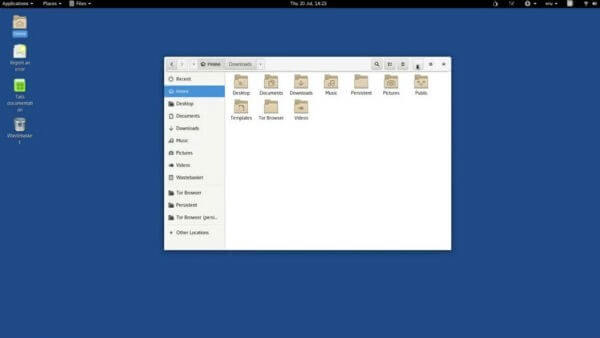 A Virtual Private Network, much more commonly known as a VPN, is a necessity for anyone that values their privacy. They make use of a secure tunnel network, meaning that all data that’s sent or received by a device goes through a virtual tunnel, bypassing ISPs and anyone else that’s watching. The data will be sent to secure servers often in other countries, disallowing anyone from learning information about the user., whether they’re watching videos or playing real money bingo UK. There are two caveats when it comes to using a VPN, however: ones worth using are never free, and they can slow down an internet connection. If a user has the money and a high speed connection, then a VPN is always worth investing in for increased privacy online.