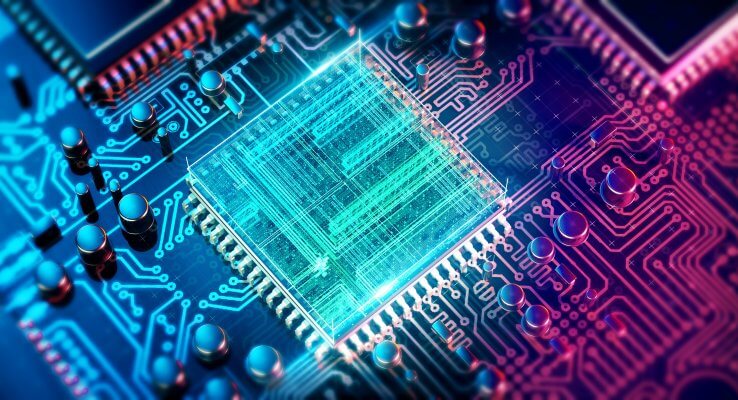 Quantum computers are a type of computer design that makes use of the principles of quantum physics in order to increase computational power, often when processing large numbers within a single given time-frame.

These are computers that, while still mostly theoretical, could one day replace the desktops and laptops we use today. We’re still a number of years away from having fully functional quantum computers, but their mechanics and potential is fascinating nonetheless.

The History of Quantum Computers

Quantum computing appears to trace its roots back to Richard P. Feynman’s speech in 1959 in which he spoke about the miniaturization effects, including the possibility of manipulating quantum effects to build more powerful computers. This speech is also regarded as a milestone in the development of nanotechnology. Of course, before computing’s quantum effects could be understood, scientists and engineers had to improve traditional computer technology more thoroughly. That’s why there has been little direct change or interest in making Feynman’s ideas a possibility for many years.

In 1985, David Deutsch, of the University of Oxford, put forward the idea of “quantum logic gates” as a means of harnessing the quantum realm within a computer. Deutsch’s paper on the subject actually showed that a quantum computer could model any physical process. Nearly a decade later, in 1994, Peter Shor of AT&T discovered an algorithm that could only use 6 qubits to perform certain simple factorizations. Of course, the more cubits present, the more complex the numbers that need factorization.

In general, a quantum computer can conduct calculations on a much larger order than traditional computers. A concept that has serious cryptography and encryption concerns and applications. Many believe that a powerful & realistic quantum computer will devastate the financial system of the world by breaking through their computer security protection, which is built on factoring large numbers that conventional computers within the universe’s lifetime simply can not crack. On the other hand, a quantum computer can factor numbers within a reasonable timeframe.

The exact physical processes behind this technology are somewhat technically ambiguous and intuitively upsetting. Generally speaking, this is explained in terms of the multi-world understanding of quantum physics, in which the machine simultaneously conducts calculations not only in our universe, but also in other worlds, while the various qubits are in a state of quantum decoherence. While this sounds far-fetched, it has been shown to make predictions that suit experimental results from the multi-world interpretation. We’re still far from using them for playing video games or Australian slots, but the hope is that one day they’ll be as common as the smartphone is today.

A handful of quantum computers have been built so far. Since losing decoherence after a few nanoseconds, the first, a2-qubit quantum computer in 1998 was able to perform trivial calculations. In 2000, both a 4-qubit and 7-qubit quantum computers were successfully built by scientists. Research on the subject is still very much in its infancy, although some physicists and engineers are worried about the difficulties involved in converting these experiments to computer systems on a full scale. Nonetheless, the progress of these initial steps shows that the basic theory is valid.