Long gone are the days where we had to lug around large and cumbersome maps whenever we left the house or buying expensive GPS systems that needed constant updating to work properly. Instead, all we need to do these days is pull out our smartphone and use one of the free mapping and navigation apps and programs that have become something of a standard.

There are a few different types to choose from, each one offering its own pros and cons. Here we will look at some of the most popular and why they’re worth choosing.

The reigning king of the online mapping world right now, Google Maps has become the first choice of millions of people around the world. Its easy-to-use interface combined with real-time navigation makes it a first rate service, on top of that fact that it offers users access to business data. Google Maps comes packed in with most phones on the market, and is completely free to use for anyone that has a Google account, which is also free to create and maintain. The only downside to using Google Maps is the privacy concern – while much of the telemetry data can be limited to a certain degree, using the app in itself means that Google’s servers will most likely know where a user is and where they have been.

For those that are entrenched in the Apple ecosystem rather than the Google one, Apple Maps is an excellent alternative that has been at the forefront of the latest mapping technology for the last decade, arguably second only to Google. Maps is part of iOS, meaning that a user can expect to find it as part of their new iPhone purchase, along with a variety of other Apply-only tools. When it was first released, it received a fair amount of criticism, specifically for its poor implementation of navigation, often leading users down the wrong road. Since then, however, Apple has gone to great lengths to improve the software, turning it into a viable rival for Google and other mapping services. 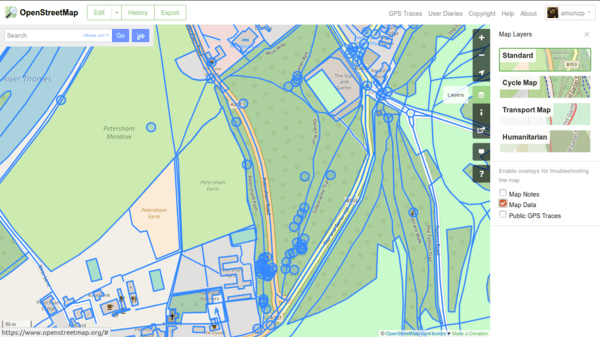 The previous two services require that a person either have an Apple device or sign up for a Google account, but these aren’t the only two options available. OpenStreetMaps is a well-known collaboration within the Open Source world that allows people from across the world to contribute to its development.

Because it’s a free service, it doesn’t have quite as many features or information as either offerings from Google and Apple, but it does allow a user to add their own information if they are familiar with a specific area, offering other people the chance to learn where shops are, which streets are lit at night, where to play the latest casino games in the area, and more. It’s also the best choice available for anyone that’s using a custom ROM on their device, specifically one that’s free of Google services, making it the only real choice for privacy.